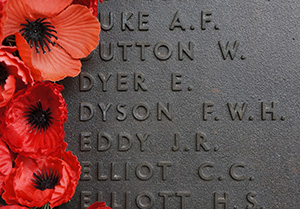 Mother Emma (nee Holt) Dyson, died when he was born in Russia

[...] farmer [...] Francis Wilfred Holt Dyson was from Riga, [...] [he] went to England after his mother's death, to live with his aunt's family, and subsequently served with the Cape mounted police in South Africa.

[...] Sergeant Francis Dyson, an Englishman born in Russia, was killed while 'out with convoy proceeding to the Batteries with ammunition when a shell exploded 10 yard away, a portion of it striking Dyson near heart'. A widower, he left a young daughter orphaned.