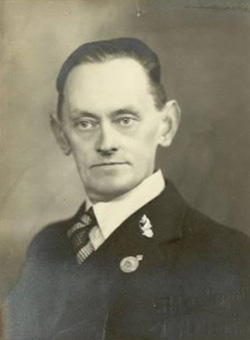 Arrived together with his brother Edwin Nicholas Rowehl, Basil Greshner, and Favst Leoshkevitch as members of the crew

Arrived at Australia
from Libava (Liepaja), Russia
on 20.01.1915
per Gunda
disembarked at Geelong, Vic

Residence after the war Melbourne and Geelong, Vic