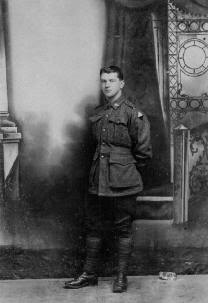 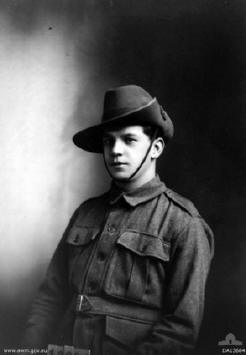 Arrived at Australia together with Basil Greshner, Armen Rowehl, and Edwin Nicholas Rowehl as members of the crew

Residence before arrival at Australia Studied at Warsaw Cadet Corps

Arrived at Australia
from Libava, Russia
on 3.01.1915
per Gunda
disembarked at Melbourne

Favst Leoshkevitch also came from a military family: his brother Anatol was already a junior officer and their father was a colonel in the Imperial Guard when Favst 'was attending a boarding school at a military academy', according to Leon (Favst's son). 'I can only surmise that his family was upper middle class for father spoke fluent French and once informed me all his family did. Father once said that he had no affinity with horses and somehow managed to be given the opportunity to become a navigator ... on a sailing ship, thus he joined the Gunda. ... It was on the ship he learned how to sew and repair canvas, which in later years gave him work repairing canvas trampolines in the railway workshops at Newport, Melbourne.'

[...] Favst Leoshkevitch 'never spoke of the horror of war but was quick to tell humorous stories which happened during the conflict'. His son remembers one such story: 'During a battle my father was blown up and had most of his clothes torn from his body. When he regained his [consciousness] he scavenged clothes off the dead for the cold was bitter, and when he found his own line he also stumbled into his own company -- well now, dressed in trousers far too short, a French greatcoat and an English/Australian helmet and carrying a German rifle really startled everyone, for as father said, "I captured them for I had a rifle", and an old friend of his of the 24th used to say they captured a foreign soldier -- it was often joked about.' They preferred not to talk about what might have happened if he hadn't stumbled across his own company ...

[...] Some Russians would confront this challenge with humour, in true Anzac style. When someone called Favst Leoshkevitch a 'bloody Russian', then, his son recounts, 'he said "Yes, Ivan Skavinsky Skavar". Now, that was a dirty song, and everybody used to laugh if he said that. And then you'd say to him, "Are you a red Russian or a white Russian?" and father would always say "A pink Russian", because if you put red and white together you get pink. And he'd always say funny things like that. ... Should anyone refer to him as Ivan he without fail would say, "Yes, Ivan the Terrible". I remember in my late twenties a person asked father, did he have any communist leanings. He answered, that he had no empathy with communists, but had a great deal of empathy with Pugachev. The person who had asked him had no knowledge of Pugachev and so changed the subject. I had no idea of who he was either, so I asked who he was afterwards. Father said he was an up-market Ned Kelly during the time of Catherine the Great!'