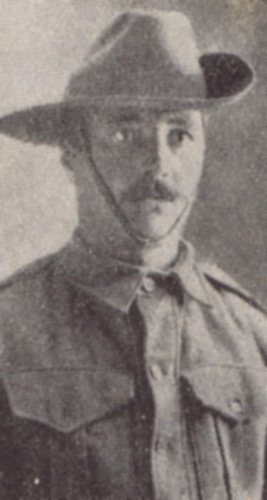 Arrived at Australia
from Far East
on 7.01.1912
per Nikko Maru
disembarked at Brisbane

The postal address was seldom properly recorded, in some cases because of an enlisting officer's sheer inability to understand the Russian. Adding confusion was the fact that, in order to record the correct postal address of a Russian village, four administrative subdivisions are needed so that on the few occasions when this was done the result ended up being a sort of geographical brainteaser. For instance, John Volkoff's address was recorded as 'Weetsk, Pockesnky, Erask, Sergensky, Small, Uhtunose': it was a bibliographer from Viatka who suggested I decipher it as Viatka province, Iaransk, Serdezh, pochinok Malyi Iukhtunur. [...] John Volkoff was killed at Hill 971, near Lone Pine, in Gallipoli; I would have tried to contact his relatives in Iukhtunur, but it is now too late. His village no longer exists.