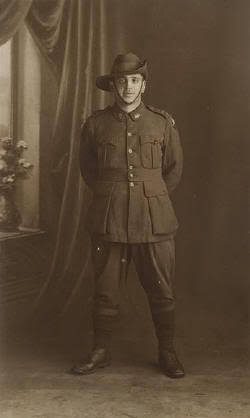 Religion Russian Orthodox or Church of England; buried as Jewish

Frank Lesnie, who had landed at Gallipoli in August in company with a number of Russians from 17-20th Battalions, wrote home on 1 November: 'I can only say this; the 18th Battn. ... arrived here 10 weeks ago and now 64 of the original lot remain. Most of them have gone away sick and wounded, but I don't know how many were killed. The 18th were dead unlucky, going into a charge the day following their landing.' That charge was in the battle for Hill 60, a fierce engagement at close range. Two Ukrainian-born soldiers from the 18th Battalion received bayonet wounds in it: Jack Vengert, previously a cook, bayoneted in the wrist; Walter Pivinski, a former sailor, 'wounded on the left eye with a bayonet', also had shrapnel wounds to the hand, a 'fracture of skull', and was 'wounded to the back through explosion of shell'. Both men were transported to Australia to recover, and both chose to return to the battlefields again.