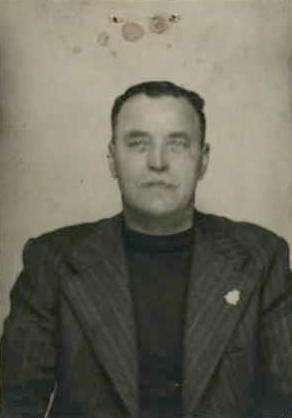 Arrived at Australia
on 1914
per Cumberland
disembarked at Sydney

Sometimes this Australianness comes clad in a vagabond's clothes rather than in hero's attire. So, to the gallery of Russian swagmen already mentioned earlier (Ankudinow, Orloff, Abrahamovitch, Mannerman) I could add another colourful figure -- 'Pappinburra Bill', formerly a Finnish seaman named Hugo Michael Walter Saari. According to the police, he had a long criminal record across the country in every State, from 'stealing a dog' to 'supply liquor to abo' -- at least the police couldn't reproach him for 'fraternising with Russians'.