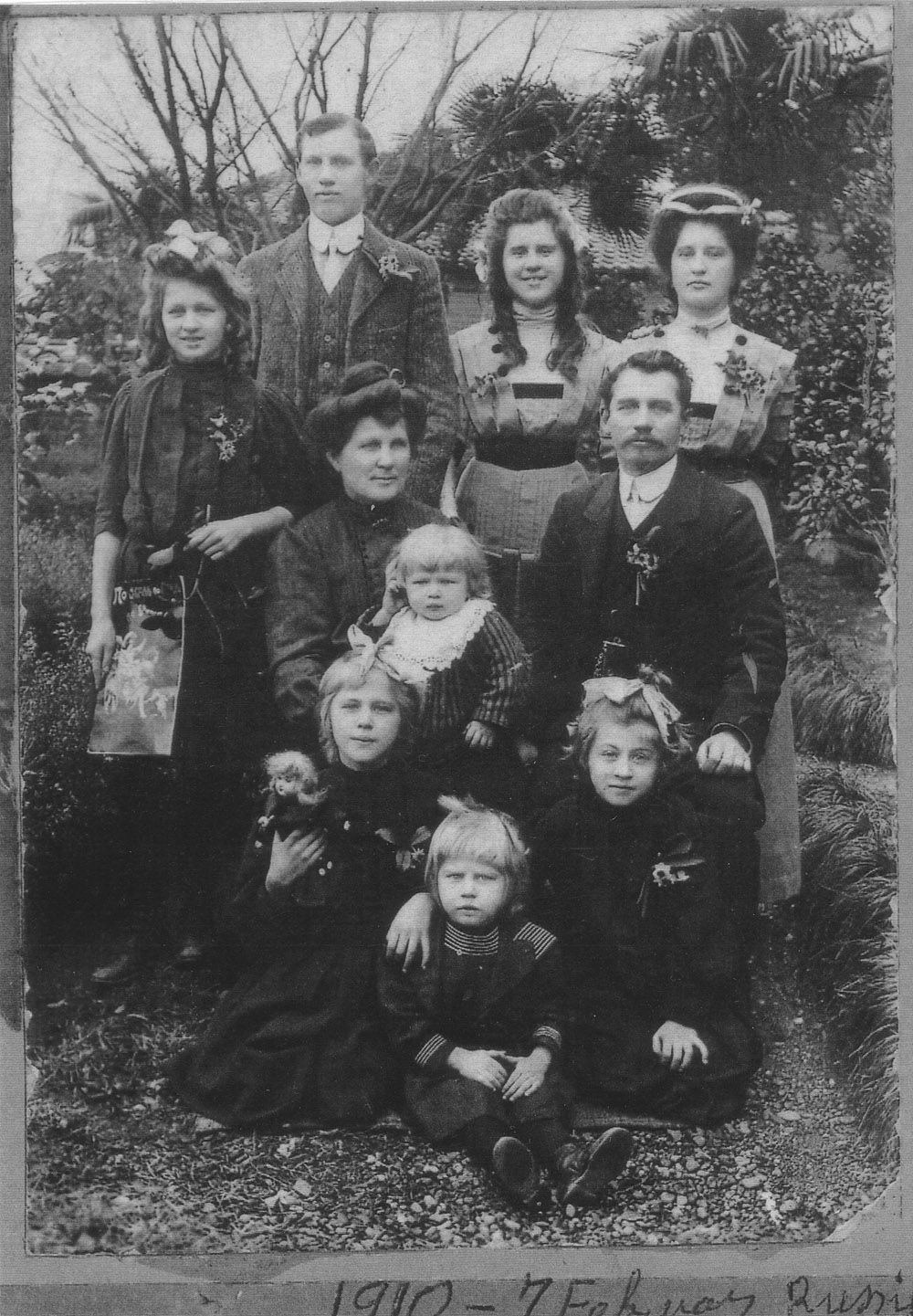 Michael Ankudinow (left, back row) with his family in Vladivostok, ca 1911
Courtesy of Jan Rees 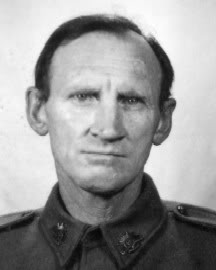 Arrived at Australia
from USA
on 10.1912
per Killmany
disembarked at Port Adelaide

According to family tales, 'one winter, when he was 16 or 17, Michael became restless and, finding life very restrictive, ran away to sea by joining a tramp ship in Vladivostok Harbour. He was later found to be settled in Australia'.

The men who dared to take up the challenge of the land were usually those with families. Others, many of them labourers and seamen, were unable to settle down; some remained vagabonds until they died -- these men were unlikely to write their memoirs. The only glimpses of their lives we get are from their occasional, brief communications with the military authorities over such matters as lost badges or discharge certificates -- like Michael Ankudinow writing in 1938 for a replacement copy of his discharge certificate: 'Loss occured on Track shivting camps from one to another state traveling cary a swag looking another camp and jobs'. Before this moment and after it stretched Ankudinow's whole life, about which we know very little. There seemed to be nothing fixed or permanent about it: not his name (he was also known as George Wilson, alias Callahan), nor his place of birth (he freely chose between Vladivostok, St Petersburg and Helsinki), not even his date of birth (I found six different dates between 1879 and 1901!). He served in the Russian army and then went seafaring, spending time in China, Japan and the United States until he landed in South Australia in 1912. Enlisting in the AIF in May 1916, he went to the Western Front in November, and his courage was soon noted, leading to a mention in dispatches. He was wounded at Ypres and then, in April 1918, gassed and invalided to England. Two months later we find him in Edinburgh, marrying an Irish girl called Maggie Callaghan. During his remaining time in the army he was regarded as sufficiently trustworthy to serve in the provost corps but, when the war ended, he wanted to return to Russia, not Australia. 'I am bread and born in Russia', he wrote, 'and I am a Russian subject I am very stranger in Australia. War is over and I want you discharge me in England and sent me back to Russia Vladivostok.'

He didn't get his wish; the Ankudinows ended up in Australia and here Michael's life began to fall apart. His police record has a long list of his crimes, from drunkenness to robbery, and his wife had her problems with the police, too. She returned to Britain and he became a rolling stone -- 'shifting', as he said, from camp to camp, from State to State. In 1940 he was living in the Old Men's House, Mount Royal Park, Victoria, and applied to be naturalised; his police report stated, 'He is somewhat of a wanderer, neglects himself and consequently suffers from lack of suitable food'. Nevertheless, his faultless military service outweighed other considerations and he was naturalised in 1941; by then he had managed to join the 2nd AIF twice -- he probably wanted to repeat the best years of his life, his time in the army.