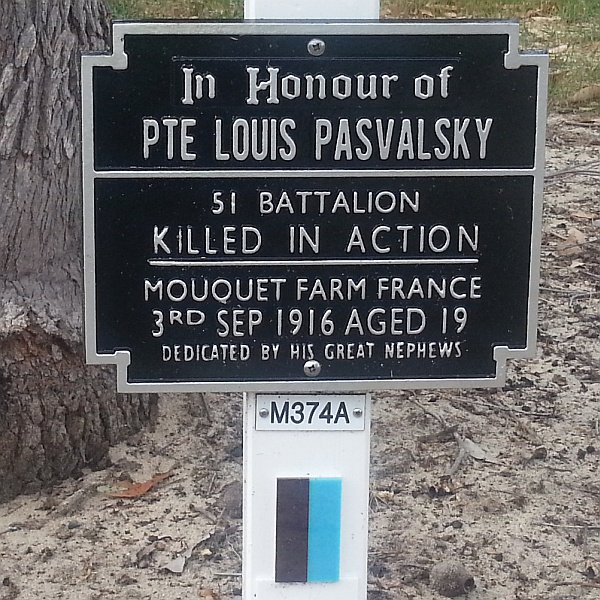 Arrived at Australia
on ca 1912

Louis Pasvalsky was an 18-year-old Jewish boy from Perth, a former metal-polisher, whose family were from Opotsk in Poland. He was 'a very bright little Russian', according to his comrades, and only 5 feet 2 inches tall, with dark curly hair. The court of enquiry was told that four men including Pasvalsky (who his comrades called Charlie Chaplin): 'were killed together at Mouquet Farm on Sept. 3rd while digging in. As we came back for cover again I was asking about Charlie Chaplin, and was told that the four men were working together when a shell blew them all up.' Another man added, 'I was told by one of my pals ... that Pasvalskey (whom we nicknamed "Charlie Chaplin") "went for a ride on a shell", by which I understand that he was blown to pieces'. In the face of death they tried to avoid sentimentality ...