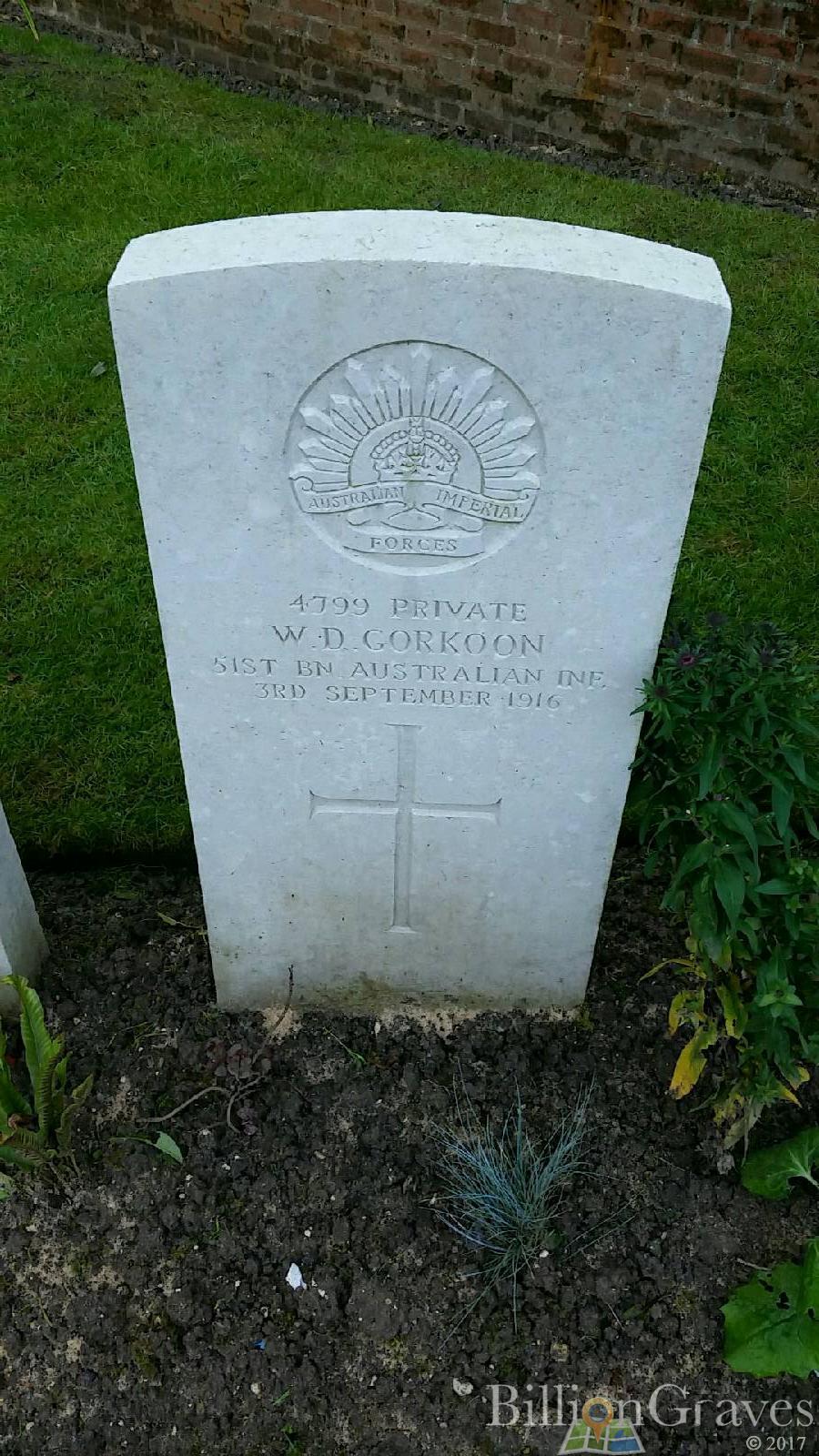 Arrived at Australia
from Colombo
on 29.10.1912
per Orsova
disembarked at Fremantle, WA

The losses were enormous. Five Russians were killed in just this one attack [3 September 1916 in the battle for Mouquet Farm], among them William Gorkoon from the village of Fedorovka, near Samara (in the Volga region). A former Russian artillery-man with his characteristically Russian-style moustaches upturned at the tips, 'he had rather a peculiar disposition', wrote one of his comrades. He 'was not in touch with his relatives, and was disappointed with life in some way or another. He was well read and very intelligent, but spoke English very imperfectly.' Like a number of other Russians, he couldn't adjust himself to being in the Australian army: on the way to France he had had several conflicts with his NCO; just before Pozières he deserted, was caught and court-martialled. Gorkoon gave evidence that he had decided to have 'some drinks with some friends' before going to the front and did not remember what happened after that. He was sentenced to nine months' imprisonment with hard labour -- but at least he got his last drink, for it was a few days later when he met his end in the battle for Mouquet Farm. Sgt A. Dunn wrote about him, 'He was a Russian and I knew him well and had come in contact with him several times, so much so, that after the engagement I made particular enquiry as to his whereabouts and was told he had been killed during the fight. Twice I sent him back into the line and the third time he did not return. His pal was Pasvalsky, missing in the same engagement.'