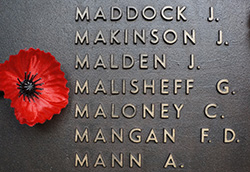 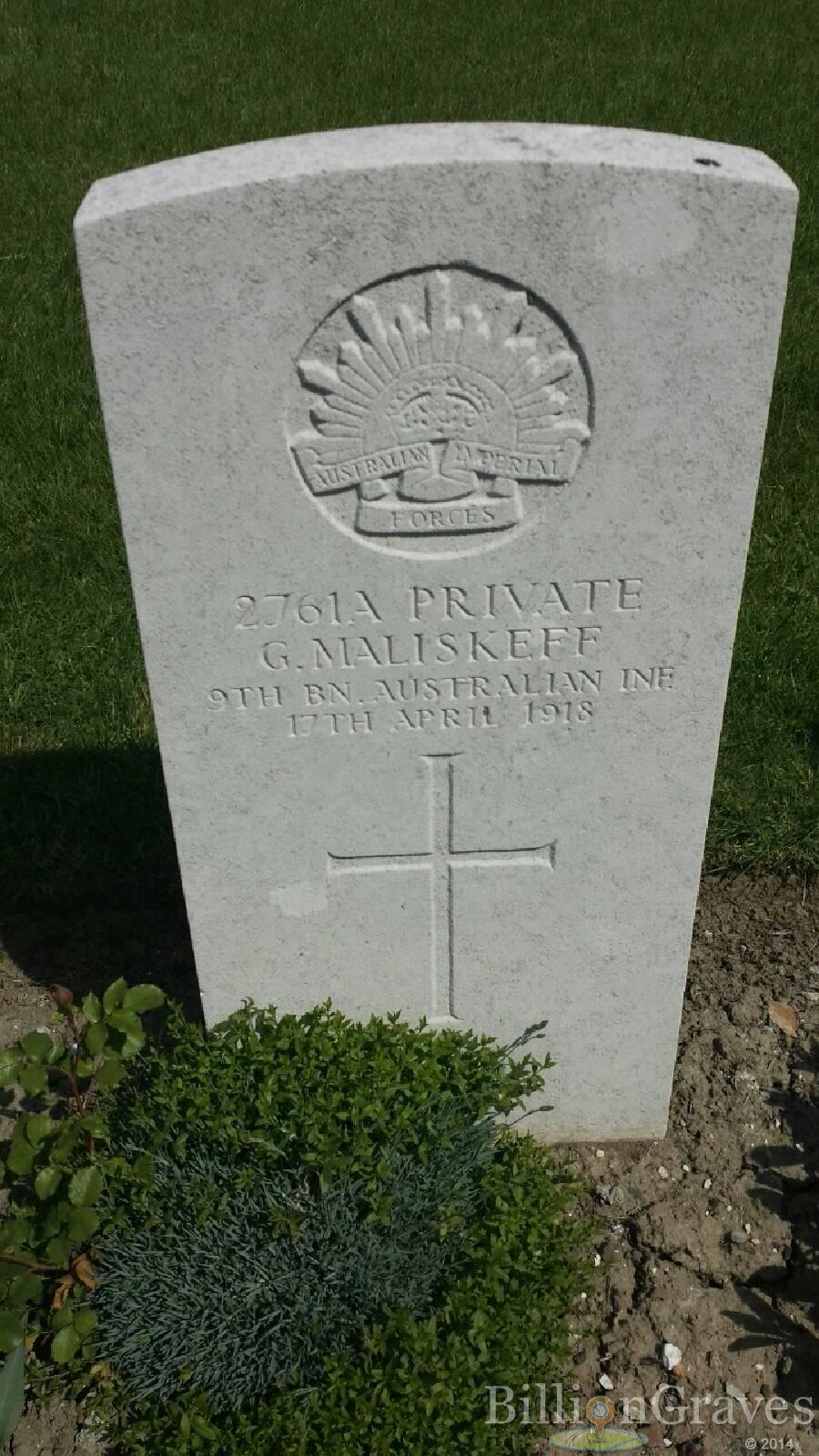 Alias in 1916 stated that his correct name is Checkman, Petr Fedorovich

Arrived at Australia
on About 1911

[...] George Malisheff 'was on terms of great friendship with [Mrs E. Hammersley's] family and before leaving them he said he was going to fix things so that [her daughters] would benefit in the event of his death'. They sent him parcels and letters until he was killed at Hazebrouck in 1918.