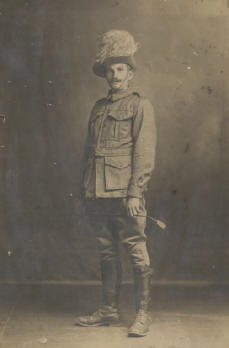 Arrived at Australia
from Japan
on 10.11.1912
per Yawata Maru
disembarked at Brisbane

Charge of murder. The Dakabin tragedy. Russian before the court. - The Brisbane Courier, 10 September 1914, p. 9.

[...] The only way some Russians, especially those with families, could survive was by supplementing their wages with back-yard 'farming' and Nicholas Tupicoff's story, as told by his family, is a good example of this. After the Tupicoff brothers walked off their blocks at Coominya soldiers' settlement, Alexis moved to the Atherton Tablelands and worked in the timber industry there. Meanwhile, in 1919, Nicholas had married Alexandra Muller, who was from a Russian German family that had migrated to Australia before the war; by 1930 they had six children. Alexandra had two years of schooling in Australia, as she relates in the family history: 'I left school when I was 14. There was nothing else I could do, so I did domestic work. This hurt Father, that a daughter of his had to be a servant when he had always had servants working for him.' Nicholas, on the other hand, 'was educated but he spent most of his life as a blacksmith striker; that was the only job he could get'. They settled in Ipswich (Queensland), where Nicholas went back to working in railway workshops, and in 1932 bought a house in Hopetoun Street. [...]