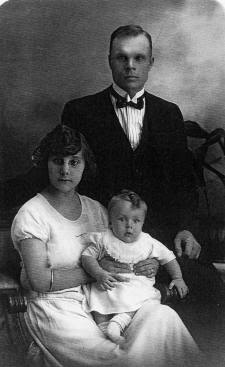 Arrived at Australia and enlisted with Oscar Strauberg and Alexander Mentze

Arrived at Australia
from Cardiff, England
on 18.11.1916
per Gryfevale
disembarked at Port Adelaide, SA (deserted)

A new factor in the stories of enlistment -- pressure from the Russian consulate -- emerges from the story of Ted Seltin, a Latvian, as recalled by his son. 'Ted and two of his comrades deserted their ship in Adelaide and they went along to the consul in Adelaide and said, "... we jumped this ship, it's gone, and what are we going to do?" And the consul said, "Well, you blokes are in great big trouble here. You'll be locked up and put in jail, ..." because deserting the ship was a very serious crime. They were suggested that perhaps joining the army might be a way out, being an adventure, being something quite different. So he and Oscar Strauberg, his friend, two of them, joined the army ... I don't think Ted had any great patriotic ideas about fighting dreaded Germans or anything like that. He was just an adventurous young man and, having deserted the ship in a strange country, and the strange language -- joining the army would have been quite all right, it seems, as an adventure and a way out of trouble.'

[...] Not long before his death in 1993 Edward Seltin, the Russian Anzac from Latvia, recalled his feelings at the end of war: 'We were overjoyed that the hideous slaughter had finally ended and we were thankful that we were the lucky ones that had managed somehow to survive. Some months previously I had been wounded by a German sniper's bullet and had rejoined my battalion at the front and I was pleased my good luck had held out till it was all over. Many others weren't lucky. My friends and I celebrated Armistice Day 1918 with a good quantity of French wine, both red and white. We were granted leave within a few days and I arrived in London four days after the armistice and found people were still celebrating and dancing in the streets. It was an unforgettable time.' Seltin died just a few days short of his 100th birthday.