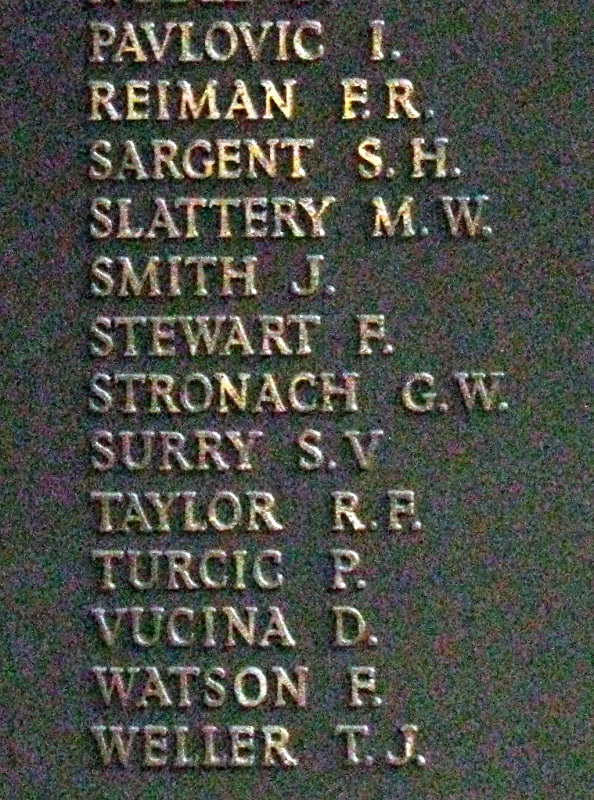 Residence before arrival at Australia Served for 4 months in the Russian Navy; was shipwrecked in the barque 'Berthalline' ca 1911 at Red Sea

Residence after the war Norwood, SA

[...] the former seaman Frederick Reinhold Reimann suffered all his life as a result of his dishonourable discharge. He had been several months in France when he got ill and was transferred to London. There, he was allocated to work at Bullford Venereal Disease Hospital. Reimann, 'being a clean living soldier', applied for a transfer from this hospital -- even back to the front -- with no result. Four times he took 'absence without leave' from the hospital; then, as he tells it, 'one day I was told to get ready to come back to Australia as an undesirable' and he was discharged for disciplinary reasons. In 1933 he appealed to the military authorities: 'As I have been victimised for over 15 years ... I am asking you to give me a fair trial before any military court ... where I am sure [I] can hope for a rightful discharge'. They refused to reconsider his case.