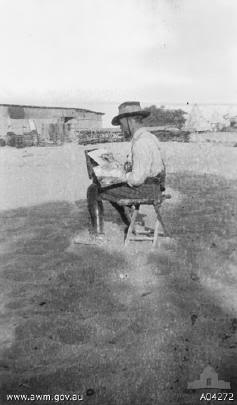 Perhaps the best known among [British subjects born in Russia], however, was the painter George Lambert, who became an official war artist with the AIF in 1917. Lambert was born in St Petersburg in 1873; his father was an American engineer and his mother was English. His family moved to Australia in 1887, where Lambert became an artist.