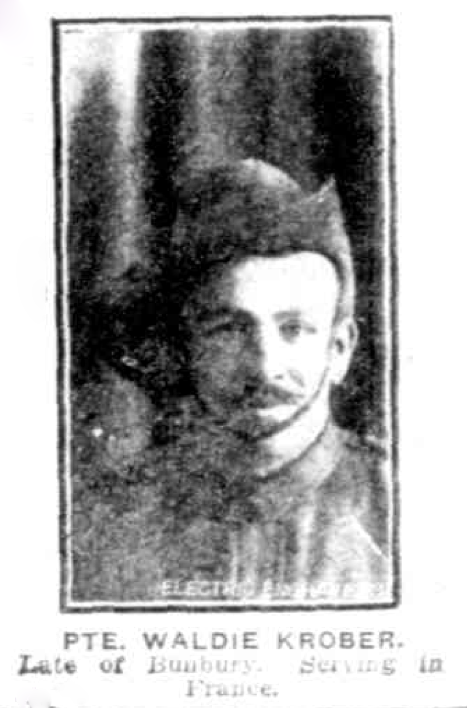 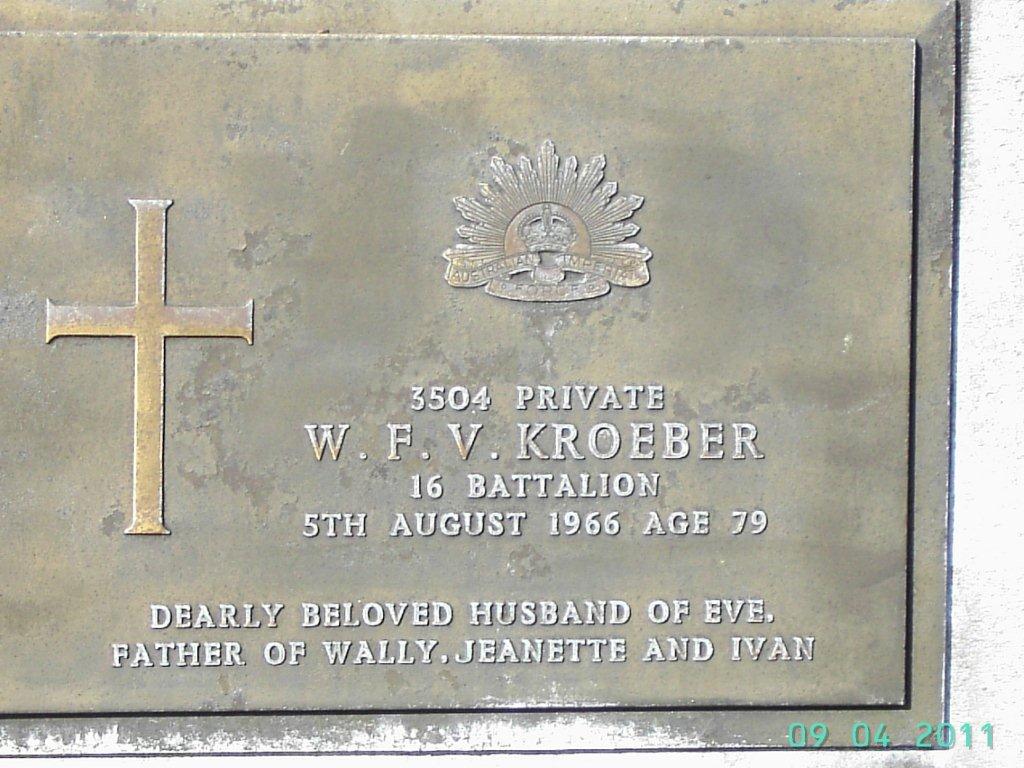 Residence before arrival at Australia Served for 2 years in the Medical Corps, St Petersburg, was seaman for about 10 years

Arrived at Australia
from Russia
on 14.04.1909
per Juno
disembarked at Bunbury, WA

Residence after the war Fremantle, WA

Approval for overpayment of sustenance (NAA)

Russian German genealogy - the case of one surname, by Tana on 'Find Russian Heritage'

It is not always easy to determine the level of this Russianisation, as I found when first looking at the file of Waldemar Franz von Kroeber, a Lutheran, with German parents, who had served two years in the AIF on the Western front, and was wounded at Mouquet Farm. At first sight, he seemed to be definitely a Baltic German and I would have said he was one if I hadn't found a letter written in Russian his sister Liza sent him from Leningrad in the 1930s. The letter was addressed to her 'little brother Volodia', which sounded so characteristically Russian. The letter emotionally describes all the misfortunes that befell their large family following the revolution. Her unsophisticated words made me realise how Russianised this family actually was -- that, really, they were Russian and not German, no matter how Germanic his name appeared to be.

As for Liza's letter, the Australian security service confiscated it when her brother Waldemar came to their attention owing to his affiliation with the Communist Party of Australia. The ways of the security service were harsh; yet I am grateful to the official who decided to keep this pile of pages covered in Russian script (which they never even translated into English), instead of throwing them away -- many officials never preserved this kind of material at all.