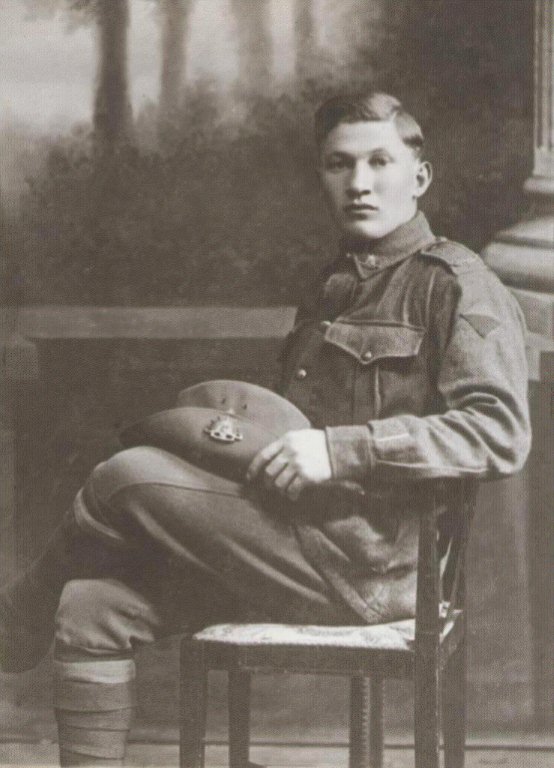 Arrived at Australia
from America
on 18.02.1916
per Aerian
disembarked at Melbourne

Residence after the war Melbourne, in the 1920s moved to soldiers settlement in Walpole near Albany, WA

Sometimes the officials dealing with the naturalisation applications were pedantic to the point of absurdity. Ben Goffin had enlisted in the army on the day he landed at Melbourne, and on the Western Front was severely wounded twice and gassed once. Goffin was refused naturalisation because he could not write, even though during the war the army had been happy enough to enlist illiterate Russians who could only sign their papers with a cross. The Returned Sailors' and Soldiers' Imperial League of Australia (RSSILA) appealed on his behalf, but it was another two years before he was naturalised, and only when a policeman had ascertained that he could write.