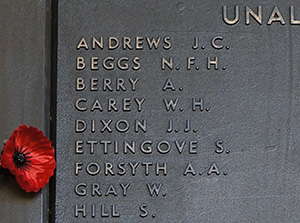 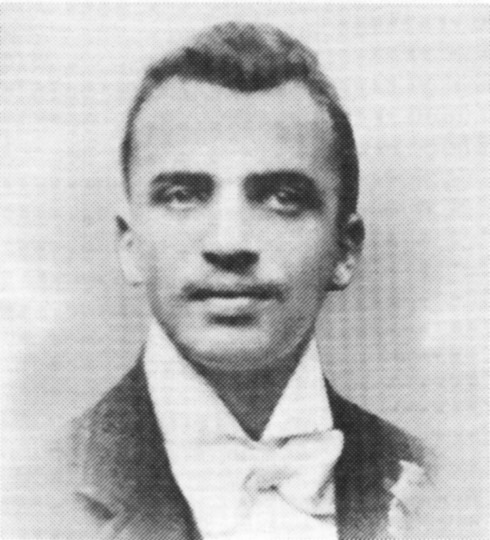 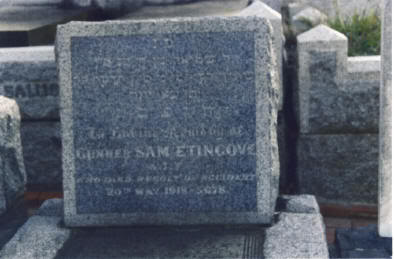 Arrived at Australia
from Odessa, Russia
on 8.02.1912
per Scharnhorst
disembarked at Melbourne

Yet, identity for a Jewish Russian Anzac was sometimes more than just a formal entry in their attestation papers ... sometimes much more.

Samuel Ettingove and his cousin Norman (his name was originally Nahum) Myer had been brought out as youths to Australia by their uncles, the Myer brothers, who provided them with an Australian upbringing and education. In December 1917 Samuel, the elder of the two, then studying law at Melbourne University, went along with his fellow law students to enlist in the AIF. At this time Russians were being accepted for enlistment without being naturalised (since 1915 the Defence department had halted naturalisation for all Russians under the age of 50 years in an attempt to encourage them to join up). His cousin Norman had already enlisted in 1916. Samuel, however, wanted to become an Australian citizen before enlisting and applied to the Australian authorities: 'It is my earnest desire to enlist as a British Australian soldier, and not as a Russian. I consider myself as of Jewish race (not Russian) and as belonging to the British people, to whom my sympathies and convictions entirely belong, and in whose civilisation I have been educated.'

It was not the best time to apply for naturalisation, shortly after the October revolution, when Russians were already beginning to come under suspicion, tainted by bolshevism. Nevertheless, his obvious sincerity about wanting to fulfil 'my duty to Australia, my adopted country' by going 'to the war as an Australian soldier' convinced the authorities; an exception was made and his naturalisation was expedited so that he could enlist with his university comrades.

Sadly, Samuel never ended up fighting for his new-found land, being killed in March 1918, at the age of 21, after only one month at training camp, when his motor-bike collided with a tram.