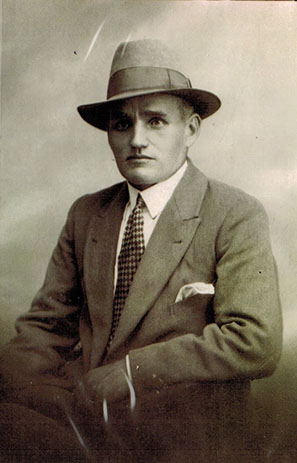 Arrived at Australia
from London
on 6.05.1913
per Shropshire
disembarked at Brisbane

The Australian Flying Corps was an élite unit and a small group of Russians was regarded as being sufficiently trustworthy to serve in it. They included three former seamen -- Eloranta, Juckham and Tomrop -- who served in the 1st Flying Squadron in Egypt. Edward Sevald, from Riga, who had studied at aviation school in Russia, had a successful career with the 3rd Flying Squadron in France as a sergeant mechanic. Frederick Dambelis, also from Riga, a former rigger who 'understood motor car driving', became an air-mechanic (2nd class).