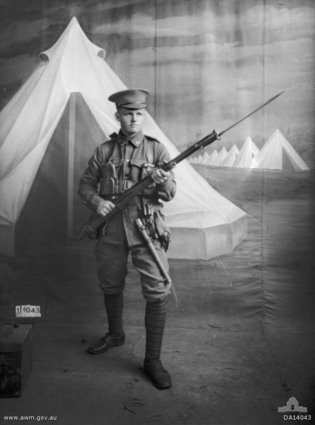 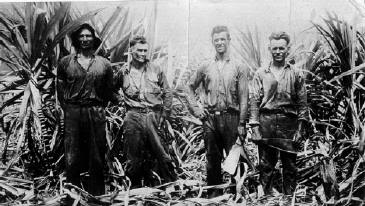 Residence before arrival at Australia Left Russia at the age of 16, went to Argentina, learned the trade of electrician, was in New York in 1913

Arrived at Australia
from New York
on 24.10.1915
per Talus
disembarked at Sydney

Applications to enlist in the AIF (NAA)

Ernest Otto Brutton, the former seaman of German background from Latvia, served as a gunner at the Western Front until he was gassed at Ypres. On returning to Australia, he tried various things: he was a milk vendor, worked on coastal vessels, and then tried tobacco-farming and cane-cutting; finally, at Cairns, he also ended up on the waterfront.

A few Russians played an active role in returned soldier organisations, too. Ernest Brutton was a long-standing Cairns RSL member and 'marshal for ANZAC Day marches. He was responsible for making sure all the chaps march in the correct groups, army, navy, airforce; he virtually controlled the whole parade. It was quite a big job.' [remembers his son Harold].