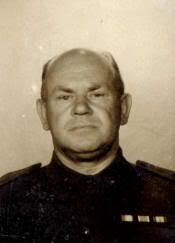 Arrived at Australia
from England
on 25.04.1914
per Wiltshire
disembarked at Melbourne

Several [...] Gallipoli veterans were promoted on the Western Front, mostly to the rank of corporal; [...] Joseph Brandebura reached the rank of regimental sergeant major (WO1). Brandebura enlisted as a waiter, and it was noted on his file that he had a 'good knowledge of reading and writing in English', which obviously stood him in good stead.