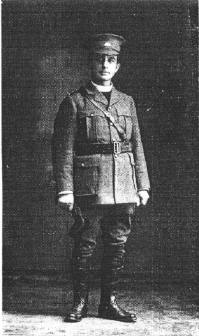 Residence after the war Moama, NSW

Another outback story, but with a twist, was that of Father Paul Ephraim Zundolovich, a Roman Catholic priest whose name and birthplace (near Telshiai, now Lithuania) strongly suggest his origin was Jewish. He came to Australia late in the 19th century and travelled on horseback through remote outback areas, preaching among pioneers and Aborigines, carrying with him a suitcase which has ended up on display in Moama parish church, in the Riverina, where ultimately he spent 19 years as parish priest. The case 'contained a small portable altar, a chalice which screwed into a leather case, cruets, and ciborium'. An iron poker also in the case was 'an implement' believed to have been 'used to stoke camp fires when he was on the road'. During the war he accompanied Australian troops to England as a chaplain.