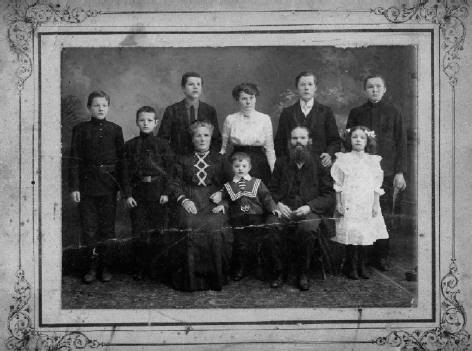 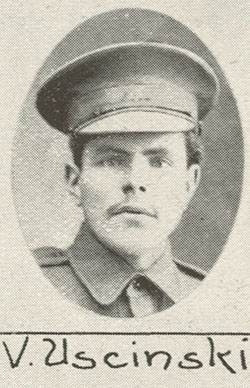 Residence before arrival at Australia Lived in Harbin with his family

Arrived at Australia
from Manchuria
on 30.04.1911
per Nikko Maru
disembarked at Brisbane (with mother and siblings)

Joseph Uscinski was one who was so deeply Russianised that he signed his application for Australian naturalisation in Russian, not in Polish. His family had moved from Ostrow (near Lomza, northeast Poland) to Harbin in China, where he worked on the railway and his eight children attended Russian school. In 1911 they migrated from Harbin to Brisbane; there, despite being Polish and Roman Catholic, they kept up their connections with the Russian community, his eldest daughter subsequently marrying a Russian ex-serviceman. Anna Sorensen's response to my questions about her grandfather Joseph is tinged with a grim irony: 'Yes, the family did speak Russian as well as Polish, with Joseph more proficient in Russian than in Polish. His stint in the Russian army had allegedly taught him to swear better than the Russians!'