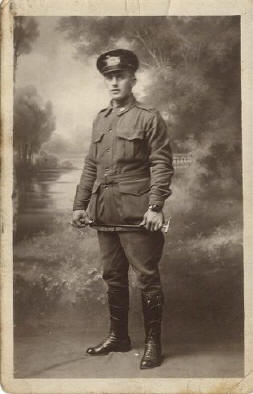 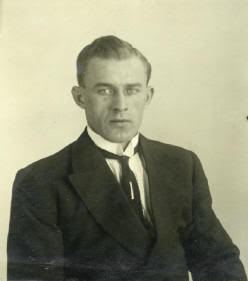 Residence before arrival at Australia Lived in China for 11 years

Arrived at Australia
from Far East
on 10.12.1911
per Yawata Maru
disembarked at Brisbane

Residence after the war Brisbane, 1921 left for Russia, Harbin, 1941 returned to Australia, Sydney

One family that did migrate together was the Stepanoff family, from Skopin, near Riazan (south-east of Moscow). Michael Stepanoff (1867-1923) was an engineer who, according to his granddaughter Tania Grasbon, 'believed in the struggle of the worker, he believed ... in the Marxist way, ... in the equality of people. He brought up his children in that tradition.' By the early 20th century his large family -- including his son Nicholas, who later joined the AIF -- had settled in Harbin but in 1911, probably for political reasons, they came to Australia. Like most of his countrymen, Michael had no option but to work for a while on railway construction but found it too hard. So, in due course, he and his wife Anastasia opened a boarding-house for their countrymen in Merivale Street, Brisbane, which soon became the centre of the Queensland Russian community.

[...] In Brisbane 'loyalist' groups, mostly ex-servicemen, took revenge in response to the 'red flag' rally [March 1919] and, the following day, returned to attack the Russian Association headquarters in Merivale Street, south Brisbane. According to intelligence reports, the lodgings of Russians there -- this was the Stepanoff family's boarding-house -- 'were the centre of the disturbance on 24th March 1919, when returned soldiers and other loyalists came into conflict with the Russians in this Street, and the Police with rifles and fixed bayonets protected Stepanoff's premises from destruction by the incensed crowd'. Even as this was happening, Stepanoff's son Nicholas was over in France, transporting Australian wounded in England as a driver in the AIF.

[...] little is known about the experiences of Nicholas Stepanoff, with his parents and brother and sisters, when they gave up their Brisbane boarding-house and returned to Russia in February 1921, taking with them £300 received from the sale of their Brisbane property. Although their formal purpose in returning was 'gaining health', the Stepanoff family was fulfilling a long-held dream of returning to a motherland liberated from czarism.

Two years later the dream fell apart. Michael Stepanoff, Nicholas's father and a patriarch of the Russian colony in Brisbane, died in Moscow in March 1923 and 'the daughter and mother had a very trying experience there' as a subsequent report from the Brisbane Investigation branch put it; the family was forced to flee to China: 'After great trouble, as they were naturalised British subjects, they managed to get to Harbin but with only the clothes they stood up in, and very few of those'.

While his mother, brother and sisters went back to Australia to start again from scratch, Nicholas stayed on in China, and got married there. In 1929 he applied to renew his passport but ran into difficulties with the Australian authorities. The Stepanoff family as a whole had long been regarded with deep suspicion and this clearly affected his passport application. Far from getting his passport renewed, suddenly and without warning Nicholas's naturalisation was revoked in 1930 -- even though he had served in the AIF and the rest of his family, also British citizens, were living in Australia. Authorities were not moved by this; nor by Nicholas's plea of 'sincere devotion' to 'my new mother-country, the sunny Australia'. They had turned him into a mendicant, begging to be admitted into the land he had fought for and where he had previously lived and been naturalised. It was another 11 years before he managed to get back to his 'new mother-country' again -- in 1941, in the middle of another world war.