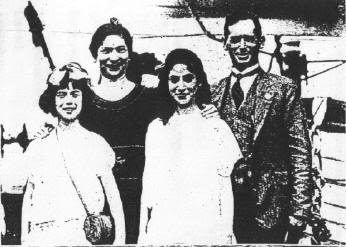 Arrived at Australia
from Bremen
on 20.04.1914
per Gneisenau
disembarked at Fremantle

'Together after ten years'. - The North Queensland Register, 15 January 1923.

Morris Saffar (or Moische Seifer) was an engineer. When applying for Australian naturalisation Saffar passed himself off as a Frenchman; in common with many of the Jews who left Russia to settle elsewhere, he identified more profoundly with where he'd settled, instead of the Russia he had left.