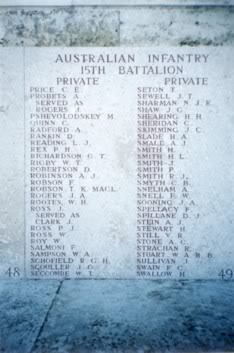 Residence before arrival at Australia Served in the 53rd Vilensky Regiment, Russian Army for 2 years during Russo-Japanese War

Almost at the same time as the battle for Krithia was under way, on the opposite flank of the army the 15th Battalion was attacking the Turkish trenches facing Quinn's Post. In this attack Marian Pshevolodsky, a former interpreter from the Ukraine, was killed.