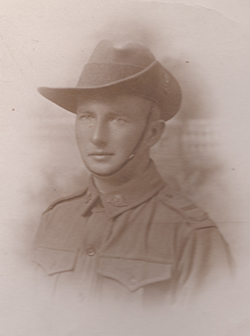 Alias In the USA changed his name to Peter Popow Alexander

Residence before arrival at Australia Received Degree of Electrical Engineering at the University of Liege (Belgium), served for 2 years for the Russian Government

Arrived at Australia
from New Zealand
on 01.1914

Occupation Electrical engineer, worked in electrometallurgy research in the USA

It was a grim return to the Somme [1916]: under the autumn rains much of the battlefield turned into a bog; the trenches filled with water. Among the many casualties here was Alexander Popow, a Russian general's son, who had studied electrical engineering at the University of Liège, Belgium. Popow survived multiple shell-wounds, only to develop gas gangrene, and spent nearly six months in English hospitals, undergoing three operations, which left him with 63 scars on his left leg alone.