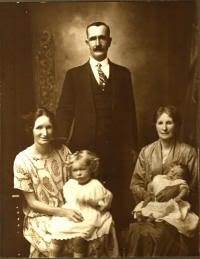 Residence before arrival at Australia Served in the Russian Red Cross at Port Arthur during the Russo-Japanese war; fled Russia as a political offender

Arrived at Australia
from Colombo
on 2.03.1909
per Bremen
disembarked at Fremantle, WA

When Alexander Petroff, a political émigré who had served with the tunnellers on the Western Front, applied for naturalisation in 1920, he was rejected. The reason was his letter to an Estonian labourer Johannes Hunt, at Southern Cross, Western Australia, in which he wrote: 'I do not think you are an Esthonian, Russian or German, but I think you are an International Worker, and the last-named I am absolutely certain is your correct name. ... Bolsheviki ... are fighting for freedom, and who are they who want to kill that Freedom? There is no other reply [but] "The Capitalists".' That kind of rhetoric was enough for the director of the Investigation branch, Major Harold Jones, to hold over his application. Luckily, a year later a local policeman from Mullewa, Western Australia, where Petroff and his brother had a farm, came to the following conclusion: 'I am of the opinion that if Alex Petroff had extreme views whilst working for wages, now that he is a land owner and an employer of labour his views have altered with his different standpoint'. Such 're-education' through the benefits of the capitalist system finally persuaded Major Jones to grant Petroff his naturalisation.