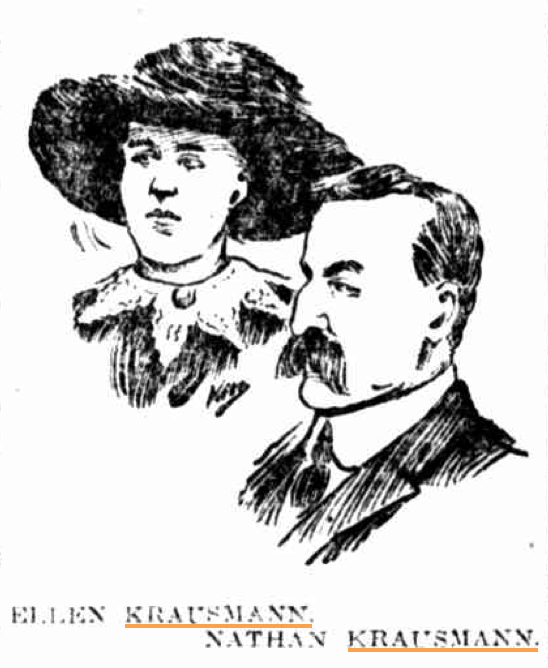 Arrived at Australia
from Antwerp, Belgium
on 31.12.1890
per Barmen
disembarked at Melbourne

Some who came to Australia soon mastered English and took up Australian ways -- even, like Nathan Krausman, living and working in the bush and leading lives far removed from the traditional picture of city-dwelling Jews engaged in small business. Krausman came to Australia in 1890 at 18 years of age, from Bessarabia, and spent his working life in the bush as an axeman, a bush-worker and prospector, apart from his brief stint with the Pioneers on the Western Front. [...]

But there were those like Nathan Krausman who still could not abandon their wanderings [after the war] despite being married. Krausman had a wife and daughter in Sydney but spent most of his time in the bush. In the words of his police report: 'He is a prospector and bushworker, his work took him over the whole of Victoria, NSW, Queensland and Tasmania, and [he] has never lived in any fixed place of abode for any length of time'. He was unable to take the oath of allegiance for his naturalisation in 1925, explaining that 'I am in the back country trapping'. Three years later, at Nyngan, northwest New South Wales, in 1928, he was dead.