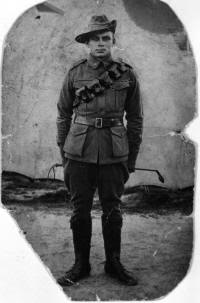 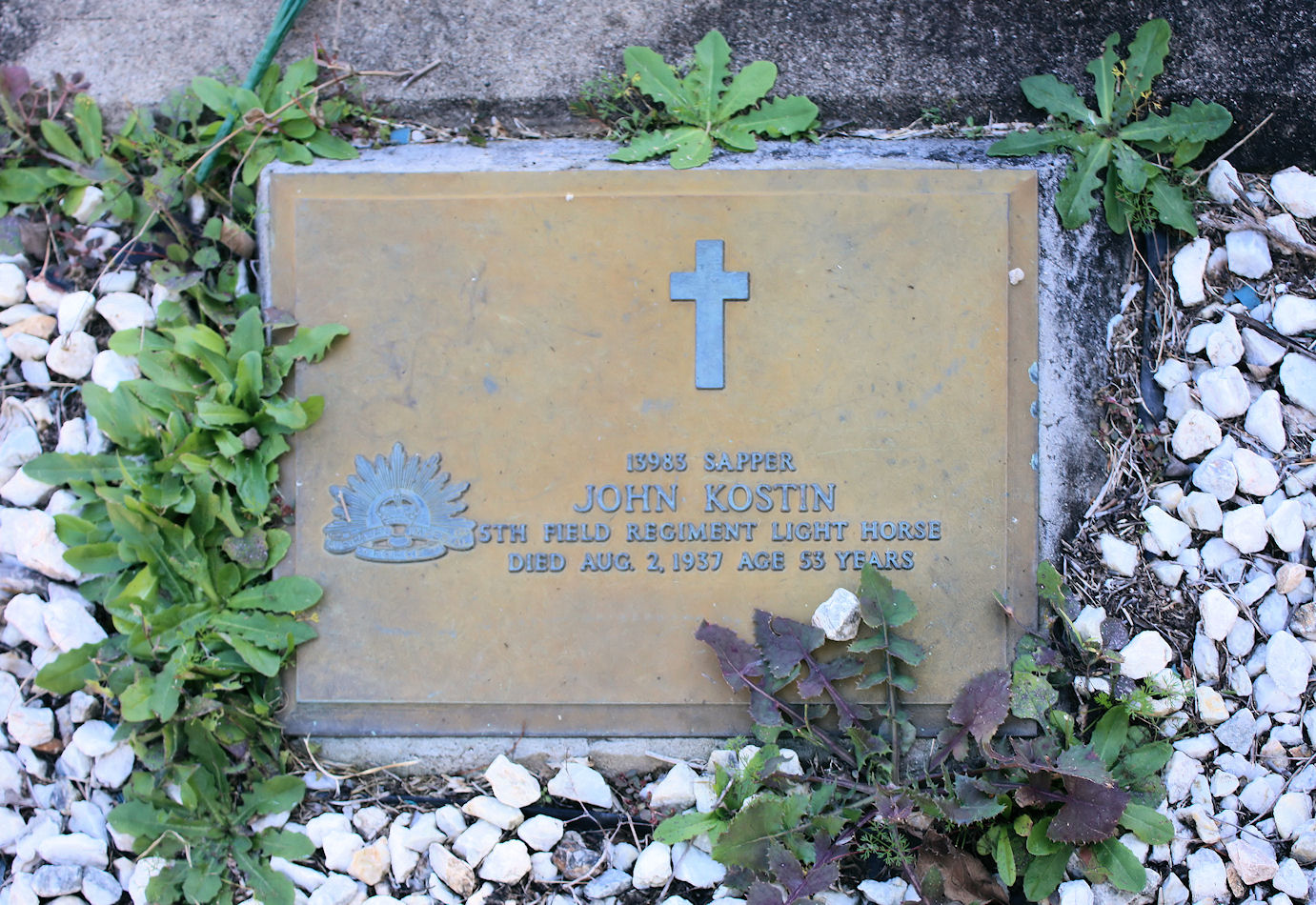 Residence before arrival at Australia Took part in Russo-Japanese war

Arrived at Australia
from Russia
on 16.11.1910
per Nikko Maru
disembarked at Sydney

John Kostin, an engineer, wounded and gassed at the Western Front, brought his wife out from England. They [...] settled near Stanthorpe, raising their four children on the farm, where his children remember their dad 'working all the time and then he got sick'. Kostin died (in 1937) 'of mustard gas', his granddaughter says, 'dad said it was very sad to see his father go through the pain ...'.