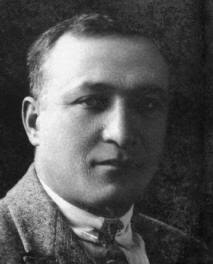 Arrived at Australia
from Moji, Japan
on 15.06.1913
per Empire
disembarked at Brisbane

Residence after the war 1921 worked in American relief mission in Russia; in August 1923 arrested as a British spy and counter-revolutionary, detained for 12 months, deported to Constantinople, returned to Australia in 1925, lived in Mackay, Mount Isa

Paul Kirvalidze wrote: 'At the conclusion of the War when I was stationed in Belgium with my regiment a call was made for volunteers by the British War Authorities for Relief Force in Archangelsk for which I volunteered. I was sent to London, got my discharge from the A.I.F. Headquarters in London, and on the same day reenlisted into the Middlesex regiment from which I was called up by the war office attached to the Intelligence Department of the War Office and sent to Russia with the British Military Mission where I remained up to August of 1920.' He served as an interpreter in south Russia, then joined 'an American Relief Mission in the famine stricken districts of Russia ... On the determination of the famine I remained in Russia and started a business of my own in conjunction with Major F. Collas but in August of 1923 we were both arrested and I personally was charged as a British spy and [with] Counter Revolution... I was sentenced to death by Cheka (Political Department of Soviet Russia) but on the defence of British representatives I was released and deported to Constantinople in March 1924.'