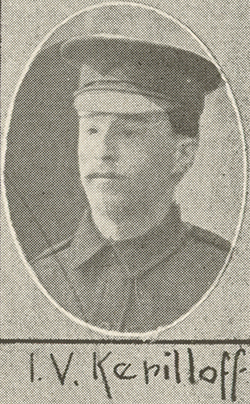 Arrived at Australia
from Japan
on 23.07.1911
per Nikko Maru
disembarked at Brisbane

Ivan Kirilloff, who became ill after enlisting and did not reach the Western Front, wrote when his naturalisation was delayed: 'Let me point out that I was willing to serve the Country and the King even not being a subject of same. ... You would understand the feeling if you had to live in the country without having any right to express your own opinion.'