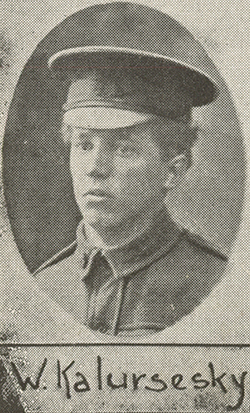 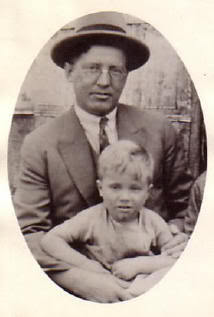 William Kalin with his son Ross
Courtesy of Ross Kalin

Residence before arrival at Australia Left home at 14, worked on ships as cook*, lived 3 years in Chicago, USA

Occupation 1916 tailor's cutter, after the war worked in Tasmania as a court translator; tailor;

From The Baltic peoples in Australia:

Kalinauskas was an interpreter with the AIF in France. After the war he moved from one Eastern state capital to another until he set himself up as a tailor in Brisbane.