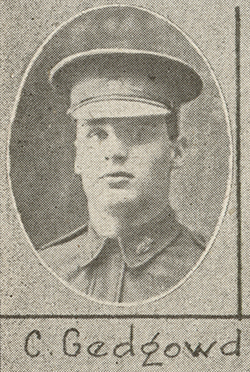 Arrived at Australia
from Libau, Russia
on 1906
per City of Eneter
disembarked at Townsville, Qld

Their discharge certificate was their safeguard; it distinguished them from other immigrants. And it was certainly essential to obtain employment: Gedgawd wrote, 'I am out of work and it would assist me to obtain work if I had my discharge'.