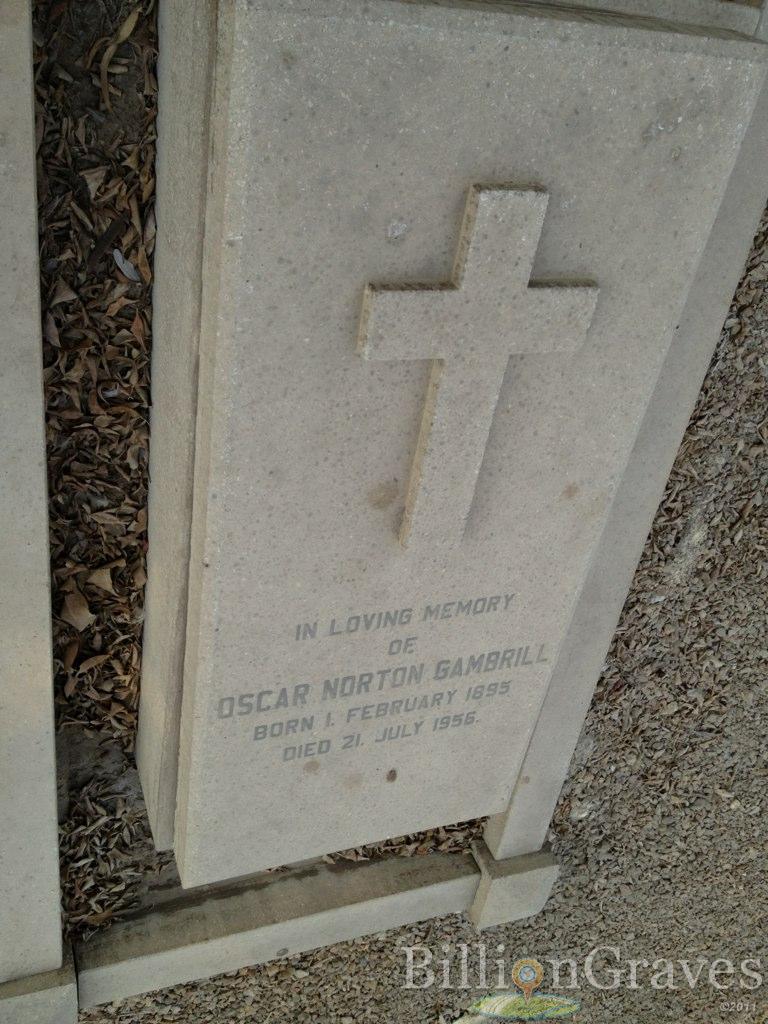 Arrived at Australia
from Wellington, New Zealand
on 12.05.1914
per Willochra
disembarked at Sydney

Residence after the war London, Egypt

Oscar Norton Gambrill, from St Petersburg, applied for a discharge in England from the AIF in 1919 to take up a job in southern Russia for a British firm, arguing that, 'As I resided long in Russia before the war I am well qualified to fill this post'.