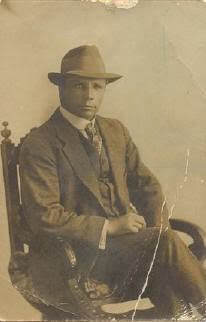 Arrived at Australia
from Vladivostok
on 10.03.1909
per Yawata Maru
disembarked at Sydney

Occupation 1915 motor driver; after the war gardener and poultry farmer

Residence after the war Plumpton, NSW

"... A profoundly touching aspect of Elena's research is just how many Russian families have reconnected because of her efforts. Her book is richer too, because it includes the personal narratives of some of the descendants of the Russian Anzacs. Alexander Egoroff's story is a good example - a man on paper brought more fully to life by the memories of his children and grandchildren who, despite their best efforts, had lost touch with their relatives in Russia until they came into contact with Elena..."

Yes, in the face of death they were mates, but it needed time for this mateship to take root. Sometimes it only happened long afterwards. Barbara Fox relates what her grandfather Alexander Egoroff said about the Somme winter of 1916-17: 'He said that he had to sleep outside the trench as the Australian soldiers told him there was not enough room for him in the trench. So he covered himself with the blankets and slept outside the trench. It was snowing and his hands were stiff when he woke up.' And she adds circumspectly, 'It could have been because he was Russian, but we do not really know'. Yet, after the war he had a special day once a year -- Anzac Day. Even when, in the 1930s, he was making his living at Plumpton as a gardener and raising his ten children by himself while his wife was in hospital, every year on that day he would put on his best suit and head into Sydney for the reunion of his 17th Battalion. He bore no grudges. The men he, as a stretcher-bearer, had carried off the battlefields recognised him and showed their appreciation, even if sometimes he himself could not remember their faces. And, together, they sealed their comradeship with a drink.