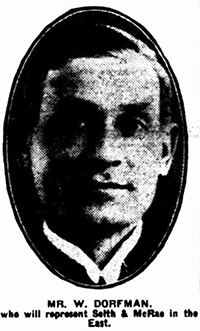 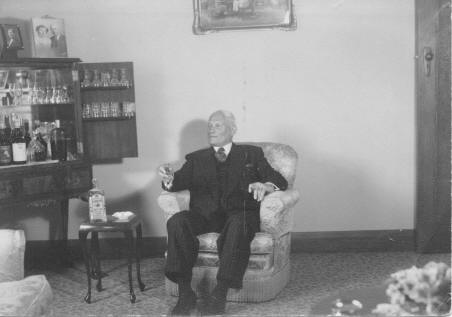 Residence before arrival at Australia Served in the Russian Army for 3 years; traveled in Germany, Austria, USA, China, Japan and the Philippines

Arrived at Australia
from the Phillipine Islands
on 5.05.1915
per Nikko Maru
disembarked at Sydney

[...] from stories like Wolf Dorfman's, we can see that conscription usually had the same uprooting effect on Jews that it did on others. Dorfman failed to return home to Rovno (now in Ukraine), remaining in the Far East, after his period of service; in 1915 he migrated to Queensland.

When the war broke out, Wolf Dorfman, a commercial traveller who conducted business in Europe, USA and Asia, was in the Philippines. On arrival in Sydney in May 1915 he enlisted in the AIF and was allocated to the reinforcements of the 13th Battalion. It was too late for Gallipoli, but in March 1916 his battalion was shipped to Egypt for training. There Dorfman was lonely until one day he received a letter from a Broken Hill boy, R. Hooper. It was part of an Australia-wide home-front movement of writing letters to soldiers who had nobody to write to. This simple gesture meant a lot to Dorfman and on 24 April 1916 he sent a warm and sincere letter to the boy, talking about himself and his service in Egypt.