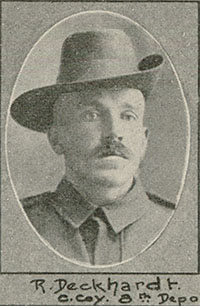 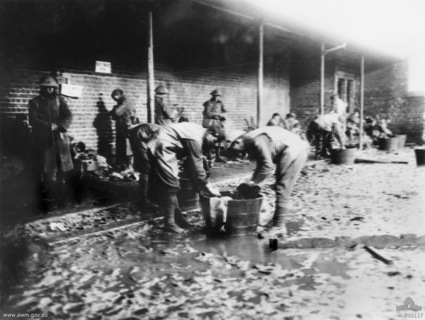 Arrived at Australia
on 17.11.1912
per Natal Transport
disembarked at Bunbury, WA (deserted)

Application to enlist in the AIF (NAA)

Robert Deckhardt, a former ship's fireman, had no living relatives to put down as next of kin when enlisting; but, while serving in the 42nd Battalion, he became friends with a Corporal Corry. Deckhardt made his will out in Corry's favour, even though there were several other Russians in his battalion (including Alexis Tupicoff). Deckhardt was killed at Ypres and his effects -- several books, letters and photos -- were sent to Corry, who had already left the army and was living at a station near Gympie.