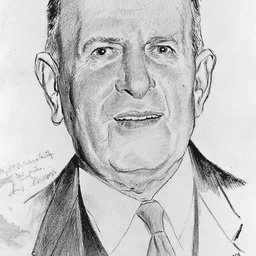 Arrived at Australia
from France
on 6.07.1914
per Phila
disembarked at Fremantle, WA

Residence after the war Perth, Adelaide

Lewy or Louis Cotton, who served on the Western Front as Lewy Cotten, is one of the few natives of Ukraine to be honoured with an entry in the Australian Dictionary of Biography. Leaving Odessa in his youth, he spent some time in France and England, where he received training as a waiter. Coming to Australia in 1914, he worked in Perth and Adelaide in this capacity, but became a celebrity after his return from the front, when he was appointed head waiter in the South Australian hotel on North Terrace in Adelaide. 'The establishment was patronized by snobs, the rich and the famous', according to Cotton's biographer Suzanne Edgar.

'Cotton went to an excellent tailor and wore a morning suit, then white tie and tails at night. Patrons savoured his European background and counted his smile or nod an accolade. Lewy's manner was discreet, his bearing lofty; he reputedly gained substantial tips, though was apparently never wealthy. His supervision of the gilded dining-room, where drunks never disturbed his aplomb, ensured that his and the hotel's reputation remained untarnished. This 'Prince of Head Waiters' relished meeting the great, among them Pavlova'.