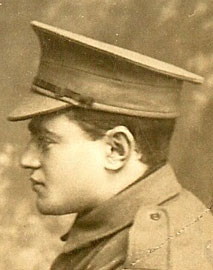 Arrived at Australia
from Poland
on 25.02.1912
per Demosthenes
disembarked at Melbourne

With the new war [WWII] starting, some of the Russian Anzacs who were not naturalised [...] found their status once again became an issue for them, creating problems and driving many of them to regularise their situation, resulting in the third peak of naturalisations. 'Since serving with the AIF applicant understood he was a British subject', a policeman noted about one of them, Samuel Britain, adding that 'he is usually regarded as an Australian'.