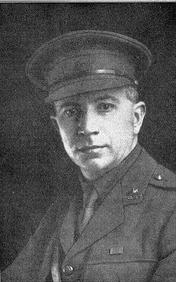 Residence before arrival at Australia Finished 6 classes of Classical Gymnasium (gimnazia) in Belgorod, ca 1892 migrated with family to Palestine, lived for about 10 years in Rehovot colony, knew 'intimately the language, habits, and customs of the inhabitants' (from his letter).

Arrived at Australia
from Palestine via Port-Said
on 3.04.1902
per Weimar
disembarked at Fremantle, WA

Gallipoli Operation Orders No 2 and 3 by Major Margolin (AWM)

Group portrait of the officers of the 16th Battalion (AWM)

Ellis Silas. "Stand to arms!". Drawing. Depicts Major Margolin leading his men in the call to arms in the early light of dawn with mists enshrouding the figures of the men. (AWM)

When the ANZACs came to Rehovot (ESRA magazine).

[...] Nevertheless, other assimilated Jews, among whom Eliazar Lazar Margolin stands out, maintained a commitment to both heritages -- Russian and Jewish -- which never faded despite, in Margolin's case, having successful careers both as a military officer in the AIF and, later, as a businessman in Western Australia. Margolin was born outside the 'Pale', in Belgorod, and graduated from an élite Russian high school, after which his family moved to Palestine. He remained there for ten years and migrated to Perth in 1902. In the AIF Margolin became the highest-ranking Russian Anzac, as lieutenant-colonel and commander of the 16th Battalion. Margolin championed the idea of a Jewish state without ever disavowing his Russian background. When the October revolution (1917) occurred, he was on the Western Front and immediately applied to AIF headquarters to be sent either to Russia -- 'I am a native of Russia, and both speak and write Russian with fluency' -- or to his former domicile, Palestine.

[...] The 16th (Western Australian) Battalion included at least nine Russians and even had a Russian-born senior officer, Eliazar Margolin, who would subsequently become its commanding officer. Margolin was 17 years old when, in 1892, he and his parents migrated from Russia to Rehovot, the settlement Russian Jews founded in Palestine. Margolin was engaged in guarding the settlement and the Russian Jewish journalist Zhabotinsky, when he was in Palestine, heard many tales of Margolin's daring there. 'He rides his horse like a Bedouin, and shoots like an Englishman', local Arabs said of Margolin. In 1902, during hard times, he migrated to Western Australia, arriving with no knowledge of English. He started off as a navvy and teamster, tried his luck goldmining in Coolgardie and Kalgoorlie, and was a greengrocer at Lawlers. Zhabotinsky, who came to know him well during the war, remarks of him: 'he should have been an Englishman with his temperament. He limited himself to ten words a day. He thought like a man who had spent his life far from big cities, in Palestine in the time of the first pioneers and at the back of beyond in the Australian bush; slow, lofty, terse, and deep, with a keenly instinctive understanding of life.' Margolin eventually settled in the mining town of Collie, Western Australia, where he ran a cordial factory, but just being a merchant was not enough for him. His combative nature always wanted action and so he formed the Collie company of the 1st Battalion, Western Australian Infantry Regiment, in 1911. When war broke out, he was among the first to enlist and was commissioned with the rank of lieutenant in the 16th Battalion; by December 1914 he had been promoted to captain.