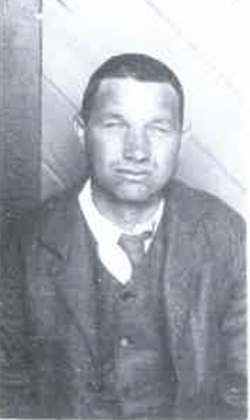 Arrived at Australia
from Far East
on 10.11.1912
per Yawata Maru
disembarked at Brisbane

Digitised application to enlist in the AIF (Beleshapka)

Platon Beloshapka, born in Kyiv, came to Australia via the Far East. Before that he had served in the Russian Army, though since his service lasted only 18 months it is quite likely that he deserted and chose to try his luck in Australia, like many other Russians and Ukrainians. On 10 November 1912 he disembarked in Brisbane from the Yawata Maru with two dozen of his compatriots, among them two future Anzacs - the Ukrainian Egnaty Sologub and Nicholas Tupikoff, a Russian. According to the AIF attestation papers he was a labourer, and indeed his uneven signature on his application form indicates that his hand was more accustomed to a shovel or an axe than a pen. The signature reads 'Ploton Beloshapka'; the recruiting officer nevertheless recorded his name as Plonton Beleshapka. During the following two decades in Australia, he would accumulate over a dozen different aliases emerging from similar misunderstandings.

The Russian Consul-General Nikolai Abaza and New South Wales Consul T.A. Welch visited him in October 1916 [in detention] to establish his nationality. It was obvious to all that he was Russian and Welch informed the military authorities that 'by the agreement between Russian & British gov[ernment]s this man is due for compulsory enlistment in the AIF' and 'suggested to treat him as a military offender'. Since Beloshapka 'refused to enlist in the AIF if released', the consuls 'refused to give a certificate of nationality' and he was left in detention 'pending proof of his Russian nationality' for several more months.